So are these guys the Pune Warriors or not? It's one too many name changes for my liking. I mean Rising Pune Supergiants, there is hyperbole and then there is whoever named this side. No one is going to call them by this name, it rolls of the tongue like a week old Paratha. So I'm already against them but saying that I do fancy their chance against Mumbai in the first match.

Another thing in their favour, MS Dhoni. No one can live in India and not love the great Indian captain, wicket keeper and man, MS Dhoni. As Shehan Karunatilaka says in his superb documenting of Sri lankan cricket, Chinaman, any player referred to by their initials has made it into legend. ABD, MS, WG, VVS, you know where I am going with this.

So they have the great Indian cricket captain in their side, what else is going to make the beautiful train journey through the Maharashtran hills worthwhile when we go to watch them?

Ok, so we have covered perhaps the greatest wicket keeper-batsman of all time, who else is Pune's batting line up? Well, a lot of big, big hitters is the answer. Ajinkya Rahane, Faf du Plessis, Kevin Pietersen, Steve Smith, Albie Morkel, Perera, Mitchell Marsh.

Where do we start? In fact, where do the sectors start? That is some line up. Yes a few of those guys are all-rounders but boy are Pune going to bat deep. The fat lady won't be singing until the op are well into the final wicket.

I suppose they do have Ishant Sharma in their bowling lineup to balance it out a bit.

So, it is an incredible line up, but do you know what is most incredible about it? That it's not even the best batting line up in the tournament. You can head over to the Royal Challengers Bangalore for that.

It's a batting line up to make even the most conservative of cricket fans hungry though and you have to ask "if they hadn't given this team such an incredibly bad name, could it not have become one of the most popular teams in the IPL?"

OK, so we get into a bit of trouble here. Can you be sure of Ishant Sharma? How many extras will he be worth? Sharma just about gets away with it in longer format cricket but as a captain I wouldn't be able to trust Sharma with either the opening or closing overs. A very dangerous and potentially extremely expensive acquisition that one.

Much more sensible is Ravi Ashwin. Capable of keeping even the most boisterous of batsman quiet, Ashwin could be Pune's best bowler by some distance.

Then come the All-rounders but once again there's a lot more medium-fast and if I was a T20 selector I would keep myself to a maximum of one medium pace bowler per side. Genuine pace and, especially in india, turn are the two things that keep runs at bay in T20 and beyond Ashwin I would be worried that Pune don't have enough of it.

Leaving their name aside, this is a good looking team. Plenty of batting, a bit of bowling. You'd expect them to be there come the end of the tournament. They're a new side though and there are also a lot of big characters in that squad. You feel like whilst a lot could go right for Pune and they might have the ingredients for something special, it could all tumble down in a bit of a heap. 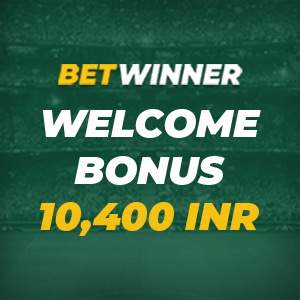