Eden Gardens, two IPL titles, 68,000 baying fans, Shah Rukh Khan as an owner. being a KKR fan does not get any cooler (the Mumbai fans doth protest too much). The Knight Riders this year don't look quite as terrifying as they usually do. But maybe that's what they are about. The KKR never have the biggest name but come the end of the tournament they are always, yes always there.

I really do think playing at somewhere like the Eden Gardens gives you an edge. You have a long established fan base and they can give you that lift when you need it. And then, two words, Sunil Narine, my favourite T20 player of all time. Why oh why wan't he at the World Cup I cried, until the Windies once again produced a stunning out and out, all round spinner in Badree. How were they not favourites to win the tournament - he says in hindsight.

Look though, Kolkata have a great team this year, and they're going to be in it at the finish even if they don't quite look what they were a few seasons ago.

Gautam Gambhir, Robin Uthappa, Manish Pandey. Sounds good doesn't it? An all Indian batting line up for the ages.   There is plenty of experience in this squad and you feel like there are going to be some really enjoyable innings come out of this squad. Gambhir putting together a solid base, it getting built on by his Lieutenants Pandey and Uthappa and then here comes the West Indian.

Andre Russell showed the world what he could do during the World Cup and he has the explosive element that some teams lack this year. Add in yet another Indian, Yusuf Pathan, and you suddenly have the makings of a proper batting line up. Over the years Kolkata's batting have let them down time after time but it feels like perhaps, just perhaps, this year they have turned the  corner.

If these boys put on a score then it will be tough to chase and here's why...

Imagine this, you come to the crease, Morne Morkel stares back at you. Here he comes, like a bull out of the stocks, wide eyed, salivating even. The white leather tears down at you and whisks past the edge of your bat faster than the Rajasthani express. Get your foot forward you say to yourself, play the ball.

Next over, a ballerina, hair tied up, prancing in, arm lifted in the air, tantalising you even before it releases the ball. And what next? Who knows? A true enigma indeed. What comes out of that hand has a life of it's own and a destiny too, a destiny which too often turns out to be your wicket. No more violence, just skill, perception and wit. A juxtaposition to better the greatest.

An opening partnership that will get the Knight Riders safely through their super overs. A partnerships that will defend totals and pressurise those setting them. My favourite bowling line up and once you've added in Umesh Yadav with Piyush Chawla with a sprinkling of Pathan then by gosh, it's a thing of beauty.

Of the outsiders this is my favourite team. They have an extraordinarily well balanced bowling attack which is something of huge importance. It is something deeply undervalued in twenty20 and it has the potential to win games like batsmen just can't.

In contrast to it's owner, Kolata is a team of subtlety. A beautiful animal to watch and one that I desperately hope will be there in the final. 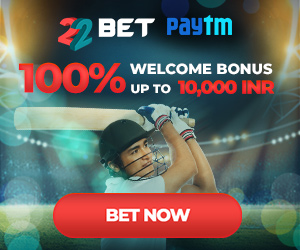