UNO REVERSED!!! Mistakes were corrected and England won the match. England team performed in the same way, India did in the 1st ODI of the series and grabbed the last chance to win this series. Let's wait for the 3rd ODI to see, what both the teams are having under their sleeves.

After yesterday's performance, England put out loudly that they are back in form. Yesterday's Man of the Match Reece Topley, went on taking 6 wickets, A major road-block on the path of India to win. England's batting line-up, as well as bowling line-up, performed their duties well, a delight to Skip.

There was nothing left to complain about against England's yesterday's performance, Openers Jason Roy and Jonny Bairstow were successful in giving a perfect headstart England team was searching for since last few matches. The batting side was well managed by the likes of Jason Roy, Jonny Bairstow, Ben Stokes, Liam Livingstone, Moeen Ali and David Willey. Whereas, One man army "Reece Topley" managed to destroy India's Batting Line-up. Looking at the last match's performance, Skipper Jos Buttler will be in no mood to change his Playing XI.

Unfortunately, India missed the chance of winning the series in the 2nd match itself, but the Indian Team have one more match in hand to win the series. This was a much-anticipated match for Indian fans but the Indian Team was unable to cope-up with England's top-notch performance and ended up losing by 100 runs margin.

India's Openers were disarmed in the very early overs. And Virat Kohli who has been out of form for quite some time was dismissed by David Willey and Reece Topley with his exceptional bowling skills shattered the Indian batting line-up. When compared to the batting side, the bowling side performed very well and managed to wrap up England's innings at just 246. While all the bowlers, had a good day at the field unfortunately Jadeja didn't have one, and won't be a surprise if he comes back hard in this match.

Unfortunately, this Indian Skipper had to return to the dugout with a duck, but looking at his previous performances we can't underestimate Rohit Sharma's Calibre and he may rise up again anytime.

Bet on Rohit Sharma at 3.60 on Sportsbet.io

Looking at the last match's performance, This England opener has a high potential of giving a good head-start to his team and he can aid in scoring big runs for the England team.

Bet on Jonny Bairstow at 4.30 on Sportsbet.io

Team With Highest Score at 1st Dismissal: India at 1.73 on Sportsbet.io

Team With Top Bowler: England at 1.85 on Sportsbet.io

Team With Top Bowler: India at 1.85 on Sportsbet.io

Most Sixes: England at 1.86 on Sportsbet.io

The last match didn't go well with India. And as the match is going to be played in Old Trafford Stadium, where England has far better records, We predict England will win the match.

Bet on England to win at 1.84 on Sportsbet.io 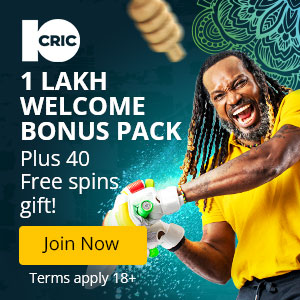