It's the Finale, It's the Show-time!! This season surely has been a surprising one and with the final teams, it has just got more surprising and exciting leaving the fans in a whirlwind as to who might clinch the title - A new team OR it's a second title. IPL 2022 will be having a closing ceremony with Bollywood celebrities gracing the stage which starts at 18:25 IST and the match starts at 20:00 IST and so does our In-Play on 29th May! Your presence will be awaited!

Gujarat Titans will be facing Rajasthan Royals in the Final of IPL 2022.

According to the bookmakers, team GT is the favorite to win this match.

First Season, First Final- All First for Gujarat Titans. An outstanding performance by them!

The Titans' will be playing their maiden IPL Final in their maiden season at their home ground led by a new skipper! The Titans' have clinched their spot in the Final in a very stylish way and putting an A+ performance in every match and the most interesting stuff from GT has to be their squad strength. In every single match, there's a different player who steps up, plays a big inning, and grabs the MOM award too and that player is someone whom none of us would have expected. The Titan, W Saha has done an amazing job as an opener and supported his inconsistent partner S Gill / M Wade amazingly, and if by any chance both these openers fire followed by H Pandya and D Miller, then it's a threat for RR while a blessing for GT!

RR, what an impactful year 2022 has been for them. Right from that auction table to failing in Qualifier-1 and making the strongest comeback in the Qualifier-2 by beating one of the strong sides (RCB) of IPL 2022, surely they earned a round of applause for them! They're into the final after 14 long years!

The run machine this year for RR, J Buttler hit his 4th century of the IPL 2022 in the Qualifier-2 and almost completed 800 runs in IPL 2022. Top-notch performance and just one more big inning to give a sweeter end to his hard-toil efforts. The big-shot RR pacers who were on and off this season just need to step up one last time and get the job done. RR has got those big names in their squad who can help them clinch their 2nd IPL title!

Already terrific openers, with a good season, and it would be a no-brainer for either of them or both to go big for their respective team(s).

Bet on J Buttler at 2.58 on PariMatch

While Shami has ruled almost all the powerplays, Boult has been pretty impressive too overall in spite of taking less number of wickets. A good spell performance can be expected from either of them.

Bet on Mohammad Shami at 3.15 on PariMatch

Bet on Trent Boult at 3.15 on PariMatch 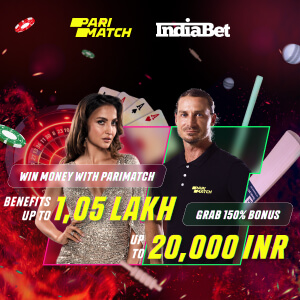